Taiping is an excellent holiday destination and is a very historical city. In this article, we outline the different methods one can use to travel to Taiping.

How to travel to Taiping:

Travel by Car or Motorcycle

Penang is roughly 90km and a 1-hour and 40-minutes’ drive to the North from Taiping along the PLUS highway.

Ipoh is roughly 70km and a 1-hour drive to the South from Taiping along the PLUS highway.

A drive to Taiping from KL Sentral is roughly 265km in distance and will take around 3 hours, depending upon traffic conditions. There are several rest areas along the PLUS highway where travelers may make pit stops to use public restrooms, or partake in meals sold at these rest areas.

Alternative roads to the PLUS highway include the myriad trunk roads in and out of Taiping. The trunk roads have heavier traffic and are a longer drive (distance-wise and time-wise) but make for a more adventurous and sometimes scenic experience, given the many towns, villages and greenery the trunk roads pass through.

There are three choices for a trip from KL Sentral along the trunk roads:

A coastal road, which passes through the towns Sungai Buloh, Bukit Rotan, Kuala Selangor, Tanjung Karang, Sekinchan, Sungai Besar, Sabak Bernam, Hutan Melintang, the outskirts of Teluk Intan, Sitiawan, Pantai Remis, Temerlok, Terong, and Changkat Jering is a 291km drive, and will take roughly 5 hours to complete. This is a very scenic and peaceful road; however, traffic conditions may be a bit worrisome, especially during long weekends, and the holiday season. 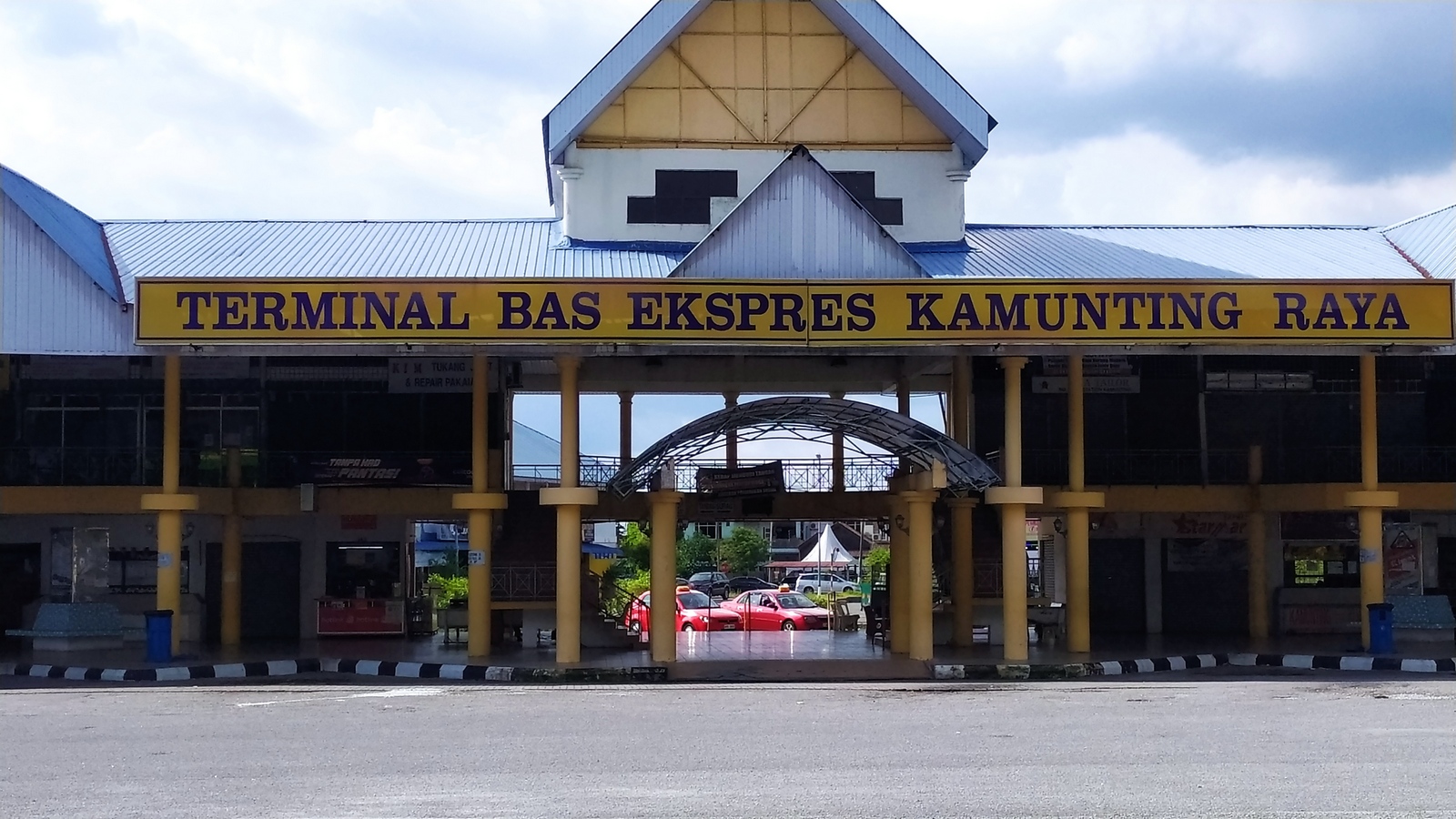 The Kamunting Raya Bus Terminal is the main departure and arrival point for bus services in and out of Taiping. Buses departing to the South will usually stop over at the Medan Simpang Bus Terminal to pick up passengers before entering the PLUS highway at the Changkat Jering interchange.

Similarly, buses heading to Taiping will drop off passengers at the Medan Simpang Bus Terminal on their way to the Kamunting Raya Bus Terminal.

Express buses do not stop at the Taiping Bus Station, nor do they enter the Taiping city center.

Travelers usually employ a taxi at the Kamunting Raya Bus Terminal or Medan Simpang Bus Terminal to make the journey to the city center.

Both terminals have seated and sheltered waiting areas, public toilets and ticket counters.

There are also many restaurants and food stalls and kiosks nearby or within the terminal complex itself to load up on provisions while waiting for your next bus trip.

The Taiping Bus Station caters to intracity bus services, and for short distance routes within the state of Perak, such as the Kuala Kangsar – Taiping route, and the Ipoh – Taiping route.

The Ipoh – Taiping route is a popular route for tourists and commuters alike, and buses are fairly frequent.

Take A Train to Taiping

Taiping is very accessible by train, having Malaysia’s first-ever railway line and railway station built here in the Victorian era. The original railway station, built in 1881, has now been converted into a tourism center and has many food kiosks and restaurants to cater to foodies and travelers alike. Several old-timey memorabilia from the nation’s first railway line are available for viewing at the old station, and make for very interesting photography locations.

There are two types of trains that travel to Taiping: The Electric Train Service (ETS), and the KTM Intercity diesel trains.

If travelling from the North, one can board a train from the Padang Besar railway station at the Malaysia-Thailand border and travel directly to Taiping.

If travelling from the South, one can board an ETS train starting from Gemas in the state of Johor, and travel directly to Taiping. As of now, the Electric Train Service from Gemas to Johor Bahru (the southernmost train station in Malaysia) hasn’t been completed for operation.

For a complete list of terminals and routes for the Electric Train Service, please view the route map below.

If travelling from the North, one can board a train from the Padang Besar railway station at the Malaysia-Thailand border and travel directly to Taiping.

If travelling from the South, one can board a train from either the Woodlands train station at the Singapore-Malaysia border, or at the JB Sentral train station in Johor Bahru, close to the Malaysia-Singapore border.

For a complete list of terminals and routes for the KTM Intercity, please view the route map below. 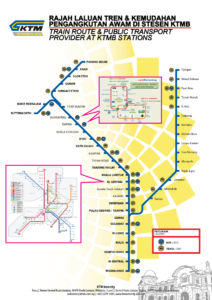 To book your train tickets, please click on the banner below to be directed to KTM’s online booking portal.

Taiping does not have an airport that caters to commercial flights, and as such, there are no commercial flights that land in Taiping.
If you own your own aircraft, it is possible to make a landing at Taiping’s Aerodrome in Tekah. It is a small landing strip, ideal for single engine aircraft and helicopters, but there is no ground control, ground crew, emergency services or landing lights, so navigating there in your own aircraft is entirely at your own risk.

From KLIA, board a quick shuttle bus or train ride to KL Sentral and board a train or bus to Taiping.

From Penang International Airport, take a bus to Penang Sentral, where you can board a bus or train to Taiping.

From Senai International Aiport, one may take a bus to Larkin Sentral to board another bus to Taiping, or, take a bus to JB Sentral, where one can board a train to Taiping.

To travel to Taiping from Singapore, land in Singapore’s Changi Airport (IATA: SIN), and continue your journey to Taiping by road or rail.

For travelers flying within Malaysia, one can land at Ipoh (IATA: IPH) in the South, and take a taxi or ride-hailing service to either the Ipoh railway station or Ipoh bus station and continue their journey to Taiping.

One can also land in Penang in the North, then take a shuttle bus to Penang Sentral, Penang’s transport hub. To continue the journey to Taiping, a bus can be boarded at Penang Sentral, or one can take a short walk to the nearby Butterworth railway station and board a train to Taiping.

Change Location
To find awesome listings near you!